The Challenge: Throw some random points (or carefully selected ones!) on a plane. Identify the parts of the plane that are closest to each of those points.

I made mine (above and below) using perpendicular bisectors between the points shown, but are there other ways? How might you reason your way into making one of these? (Hint, start with just 2 points, then 3, then…)

Part of my reason for selecting these is their versatility for the classroom. There are so many ways to use them for deep mathematical discussion that can leverage your student’s knowledge. In the map below, I marked the large Minneapolis Public High Schools with a star and then created a Voronoi diagram. THINK of the conversations you could have about this map. 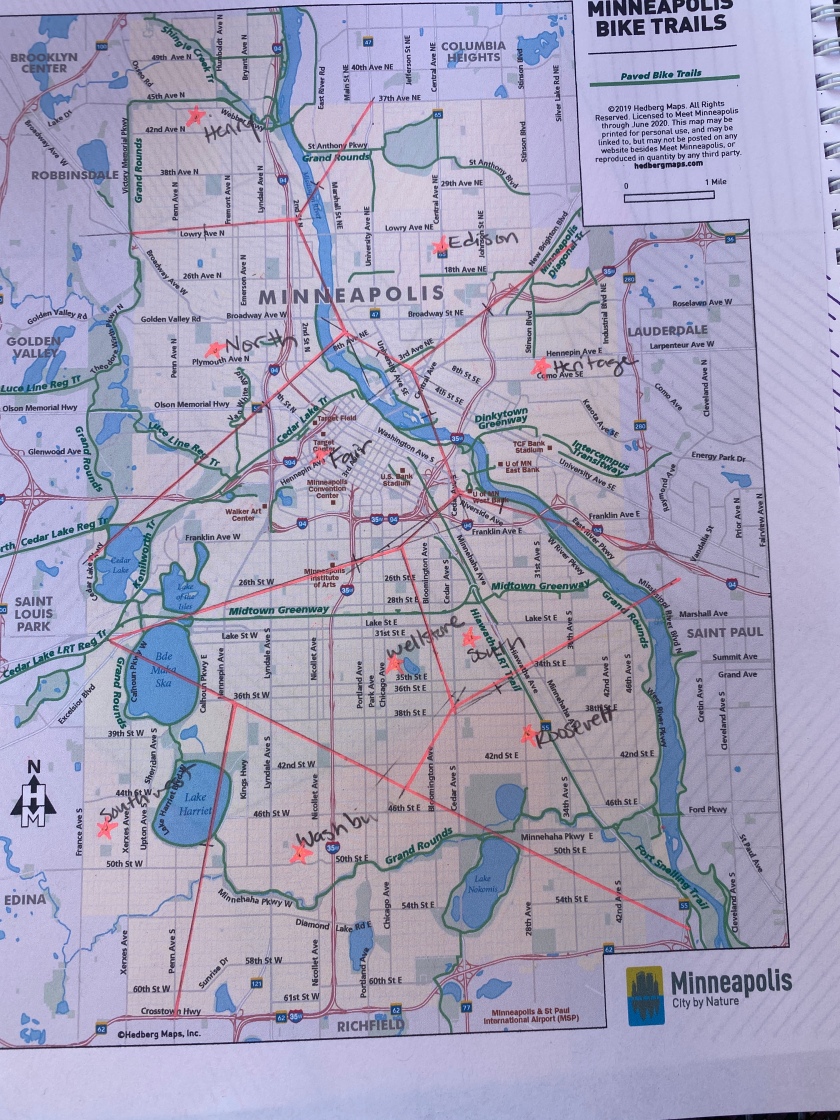 And naturally, there are easy ways to make these digitally. Here’s a quick version made in Geogebra: